4500 Square Feet. This is a number that will haunt me for some time. Little mine craft cubes of feet, trampling me behind my eyelids. If I include the basement, which I should and keep yelling at myself for not, we are talking an even 6000. It should be noted that a mile isn’t even 6,000 feet. But that’s sort of how you have to look at these things. Straight ahead, put one foot in front of the other, and eventually, 6,000 feet becomes 5,999. Then 5,998, 97, 96. But for now. Six. Thousand. Feats.

That is pretty much what we will have to pull off in order to get this old girl back in shape. Each time I step foot on her land, I have a goal. No matter how small or insignificant that goal is, it seems to push us miles further than we were just a week ago. And that’s important. Because with a project so large, and time/materials/labor and money so low. Well, you have to take the little victories. Keep taking those punches in the stomach, and stand right back up, before you know it, abs of friggin steel.

So, our first real goal, and one that is very accomplishable no matter who you are or what you have, is clean up. It’s amazing how far a little bit trash tossing will do. From the yard to the interior, a very specific timeline of events during our first month led to some serious motivation. Yard. Third floor. Second Floor. First Floor. Dumpster.

So the yard. When I first approached Gina back in July. She had a small jungle out front and was covered with vines. The previous owner, of whom I will be cursing rampantly through my posts, just “let it all go.” The result was a jungle of interwoven bushes and weed trees that one could lose a car in. And trust me when I say that, as during the clean out, we tossed 7 tires and found a leaf eater. Yes. An entire piece of landscaping equipment was calling my front lawn home for, well, who knows how long.

But just look at the rather simple results of yanking some stubborn, ludicrous, motherf…silly ivy and deweeding a bit. 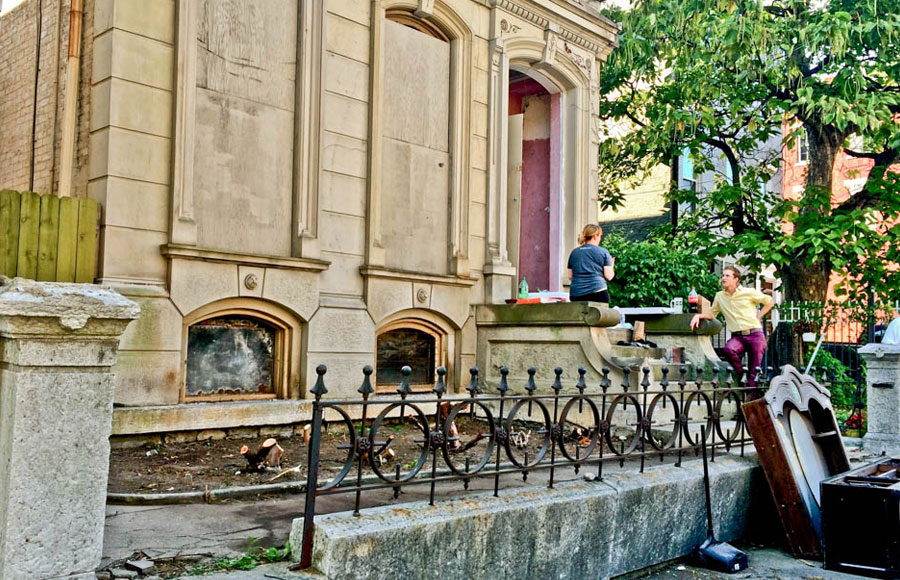 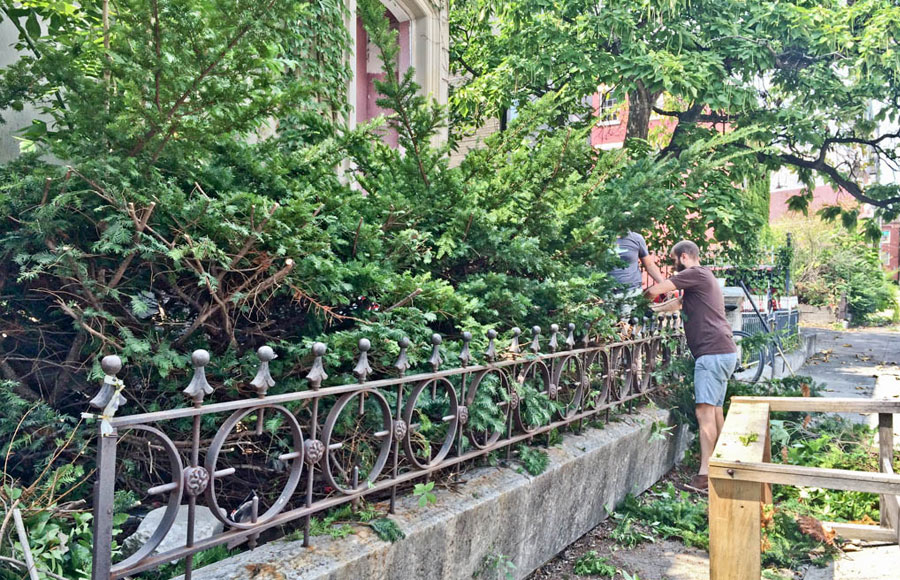 Now granted by “a little weeding” I really meant 3 full days of back breaking labor with the help of some friends and a few chainsaws, thus filling up roughly 40 yards bags. But so many more secrets about the house have been revealed. Now added to my list are gutter and gate work, a fabulous front yard “alleyway” for Pam, and what I am assume will be an interesting battle with carpenter ants. Who apparently eat through stone. Rest up you little bitches, next spring, it’s on.

Now, the inside. How to tackle 3 floors? Pretty simple. Crack open a window, and start chucking. Unfortunately, we couldn’t fit a dumpster on the side of our house. Trust me when I say I really wish magic was a thing, because magically making one appear in my side yard is something I would have paid for. Hell, I would have applied for $100,000 more dollars in school debt just to attend Hogwarts for just that one single solitary spell.

But like the muggles we were, the third floor called our name.

The initial plan was to simply move down to 2 and trudge forward with the tossing. We quickly realized, however, that a dumpster load of fun was easily in our backyard at this point, as well as the front rooms on the first floor. So what the hell, let’s get a dumpster and see what we can uncover.

Now, to this point, especially on walking through the house, with an architect and talking about the long, expensive, arduous road ahead, it’s both invigorating and mentally depressing. We are not well off, have all the time in the world, nor have all the skills required to own/rebuild a home. Tack on a $500 bill for a dumpster, 100 degree summer days, and what we have is a boiling-point-nervous-breakdown disaster waiting to happen.

When a dumpster arrives, you are on the clock. You want to move fast. Fill it up and get it out. We made a Facebook event inviting everyone in the area in hopes of being able to pack a 40 yarder in just one Saturday. Beer and Pizza will be provided. It’s one of those things where, you know you have good friends, but when the sun sets, and you are exhausted from the day. A well of joy fills you up, lifted by those around you that showed up to help for whatever their motivation. It speaks volumes having a strong kinship with those around you. This happened once in Philly, where you just get this truly overwhelming experience of aid. I recall it hitting me like a ton of bricks because, well, it came out of the blue. 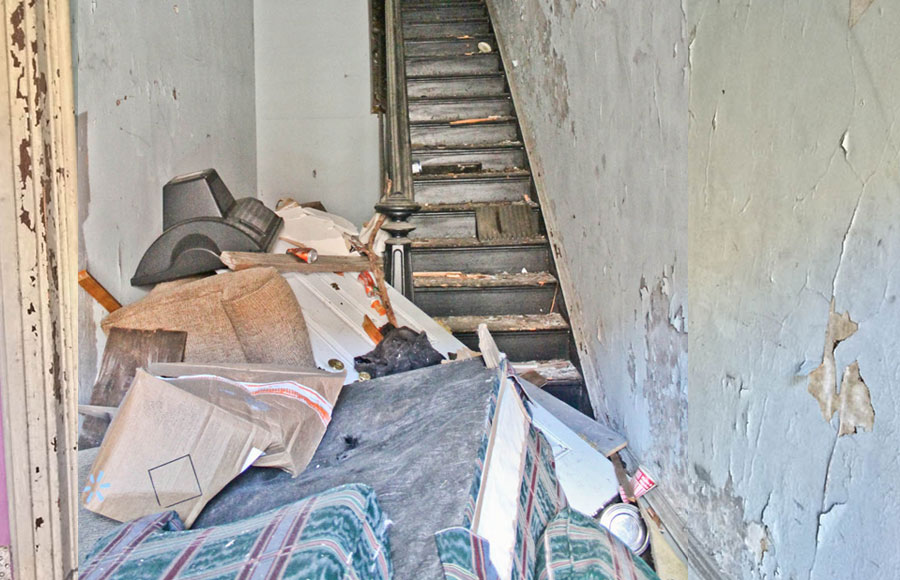 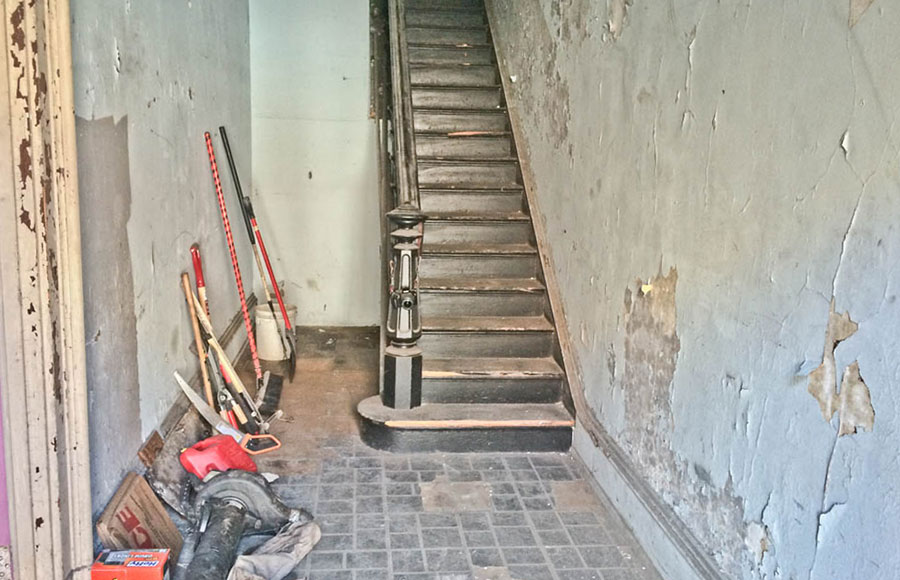 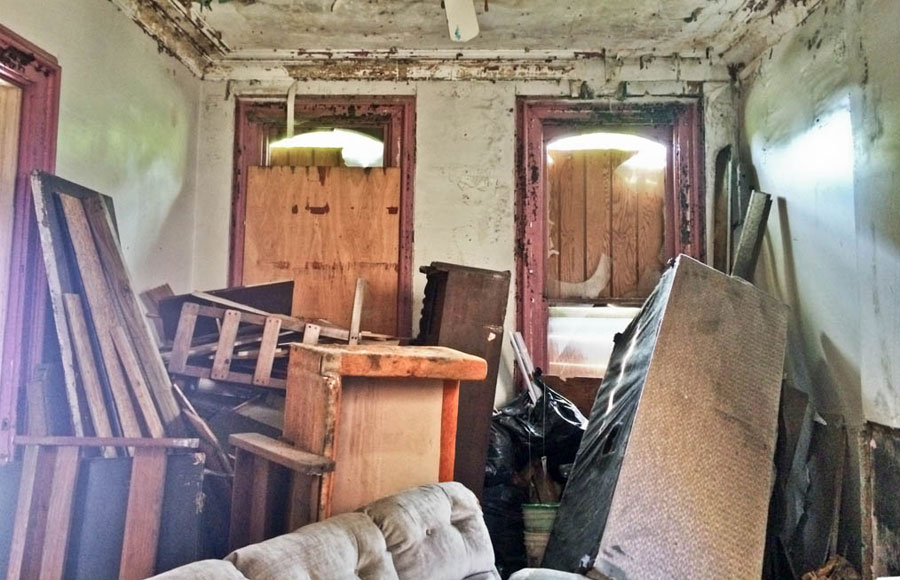 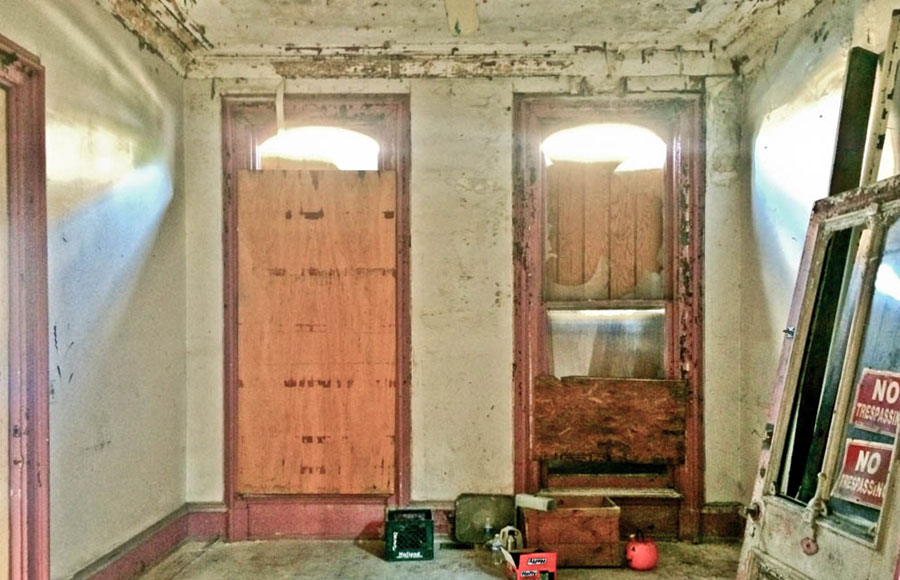 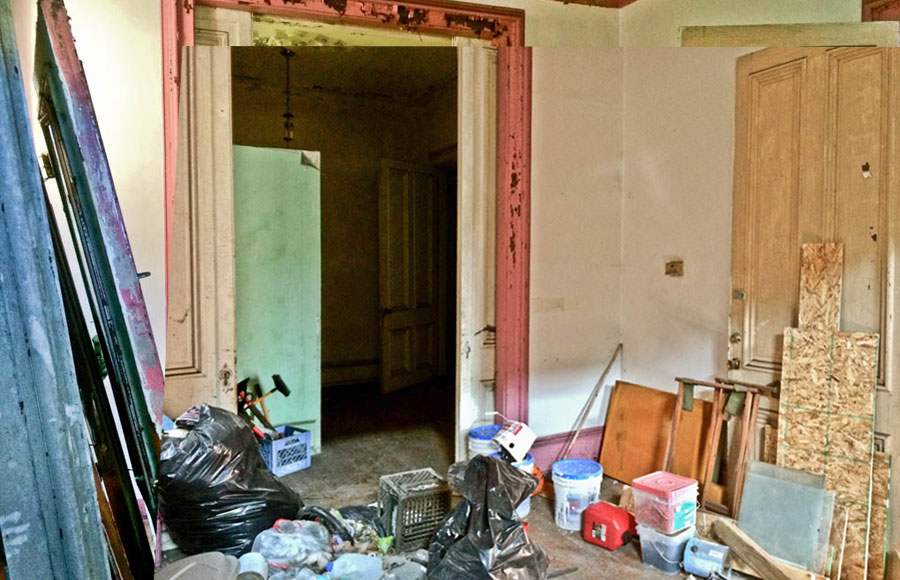 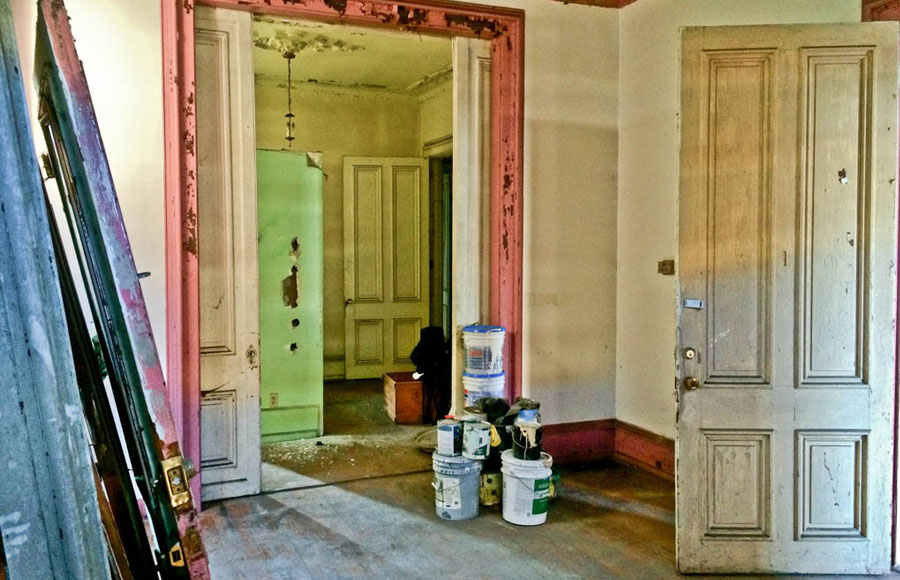 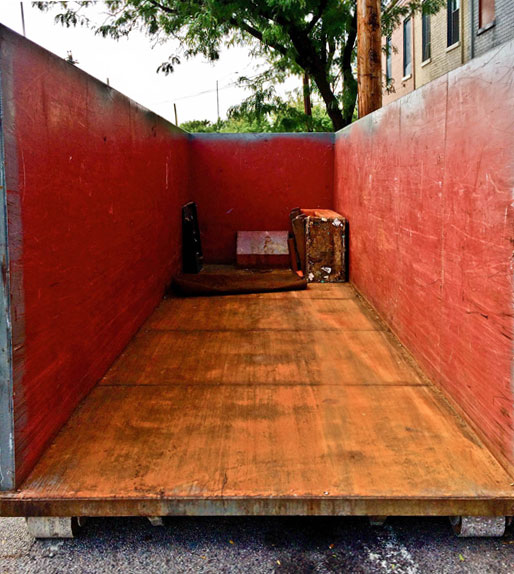 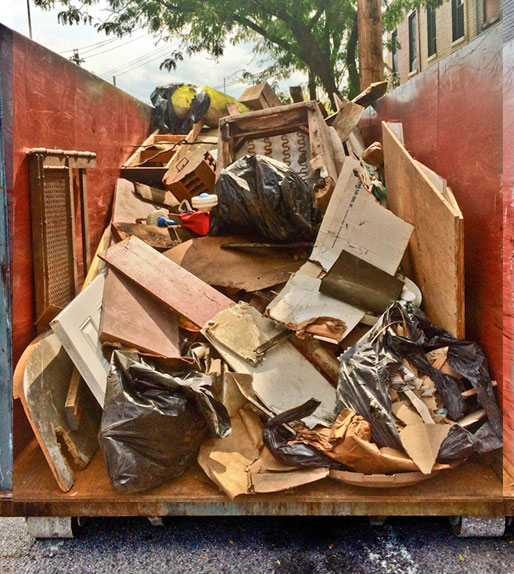 So thank you to the friends and strangers who helped clear out our Queen, so that we can begin to make a mess of her all over again. It truly showed the motivation and impressive spirit that so many would give what they could, so that just one more house can be reborn. This is Cincinnati, and this is our West End.

One comment on “Project Regina: The Long Road Home”