History. It’s truly amazing that the one subject I absolutely despised (besides physics), has become the one I am most fascinated with (along with physics). I love finding pieces. Snippets. Portions. Anecdotes and attempting within my mindscape to string them all together. The two characters in my head, Jake (my ego) sits in a musty room with his sport coat off, coffee in hand, wearing the same clothes as yesterday and smelling of green label Jack Daniels and roast beef. He is always standing, looking at the board of information from afar. Silent, until his cockiness can take no more and he blurts out answers. The other voice, Jacob (my ID), is more calculating. Not quite the risk taker, he sports the same pressed grey suit everyday with a maroon tie. His hair gelled to one side, horn-rimmed glasses, clean shaven. His nose always pressed up to the details while his fingers stay locked to his chin. Together they make quite the pair. Theories bouncing off each other until a crisp story lays before them. Then they strike.

They have been breaking down a clue. A singular clue that a woman named Regina gave them just the other day. 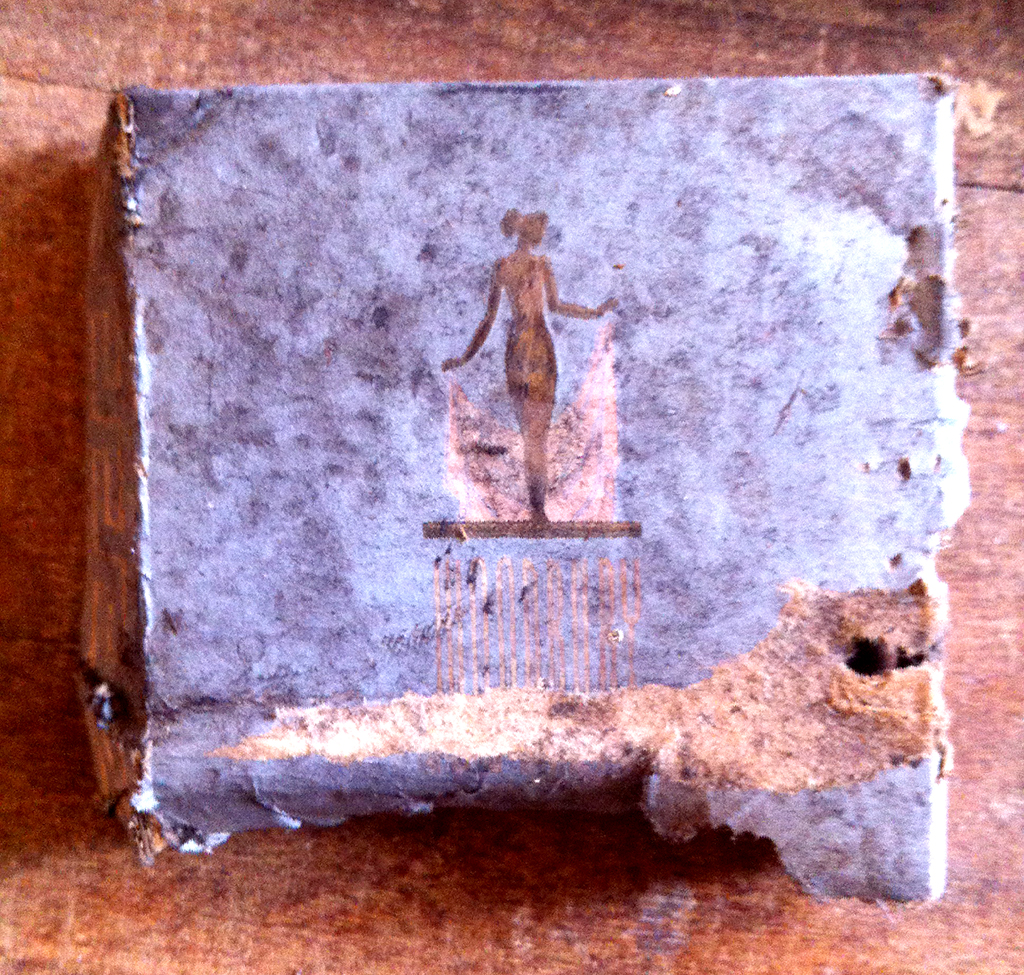 It was a well worn piece of cardboard, from a box. A woman’s form adorned the top and on the remainder of the lip in bold black type, “CINCINNATI 1/2 OZ.”
Now let the journey begin.

The two Jake’s had some technical skills, and some childish history. Beneath our sheet-cladden woman in gold appeared to be white lines. But these were not lines at all. You see, as a child, the two Jake’s enjoyed writing in code. Not the typical code one might see enemies encrypting to hide from each other. No. The two Jake enjoyed optical codes. To be precise, drowning letters so long and thin that they nearly looked like lines. 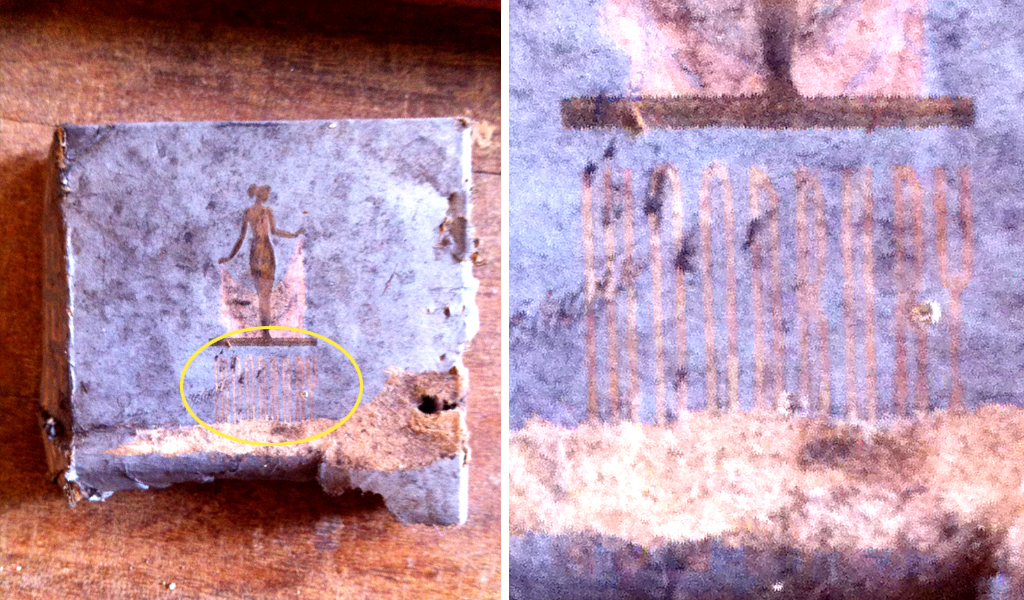 So immediately, a scan of the clue was placed into a digital “shop” where the “photo” was leveled and cured and scaled down to bring a bit more clarity to the situation. With a rough tear across the bottom, some guesswork had to come into play. It’s a tenuous game of Wheel of Fortune. With the help of the University of Cincinnati’s Cincinnati Company Profiles and History Database, our clue would reveal the case cracker. Woodbury.

As a student of advertising, my heart leaped. My god, is this really a piece of Woodbury history? I’ve read all the articles and the stories, but never have I actually seen let alone held a piece of it. It was absolutely fitting, joyous even, that Regina revealed herself in this way. To understand, a little history. 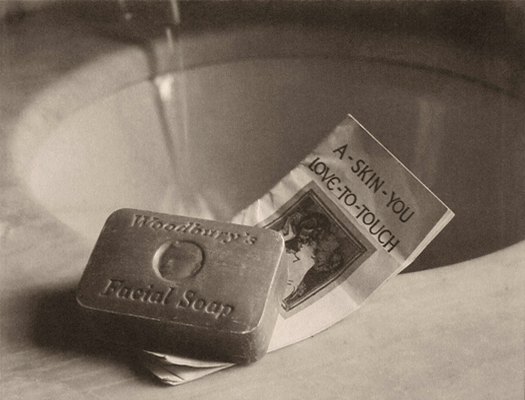 John Woodbury, a dermatologist, started making facial soaps in Albany NY, circa 1870 (roughly the year Regina was born). Because soap/personal care products started becoming all the rage thanks to advances in manufacturing, Jergen’s purchased them around 1901 and moved the company to Cincinnati, OH. There is so much to love about Woodbury, but lets start with the basics. The original package had Johnny’s big ole mug on the front, much like many, MANY products of that time did. You see products were oft sold on the basis of some professional reputation. Hence various sundry’s being named after Doctors and whatnot, “Surely this must be good if an educated man came up with it.”

However, Woodbury, wasn’t a particularly attractive fellow, so sales were dim even though the product was extremely effective, especially considering Woodbury wasn’t even a licensed dermatologist (he just played on on tv..so to speak). So this is where things get really fun. In an effort to boost sales, Jergen’s brings in the J. Walter Thompson Agency, originally also from Cincinnati, to figure it all out. JWT had a LOT of revolutionary moments in it’s lifetime, but the biggest I would have to say, is the fact that they were probably the first, by a long shot, to employ women as creative and art directors. Helen Lansdowne Resor, to be exact.

Upon being given the Woodbury account, Helen set off for 6 months doing actual, user research. In 1910. This statement blows my mind on many levels, first that JWT had enough foresight to give a woman this account, and two, that she had the foresight to do market research. In 1910. Regardless, she came back with the campaign of “Nose pores—how to reduce them”. Innocuous as it may be, this is probably one of the first campaigns to speak of a “consumer problem/solution” rather than the merits of the producers and their own face adorning a product. Regardless, sales jumped. But the fun isn’t done quite yet. In 1911, JWT presented a new campaign with the tagline, “A Skin You Love to Touch.” 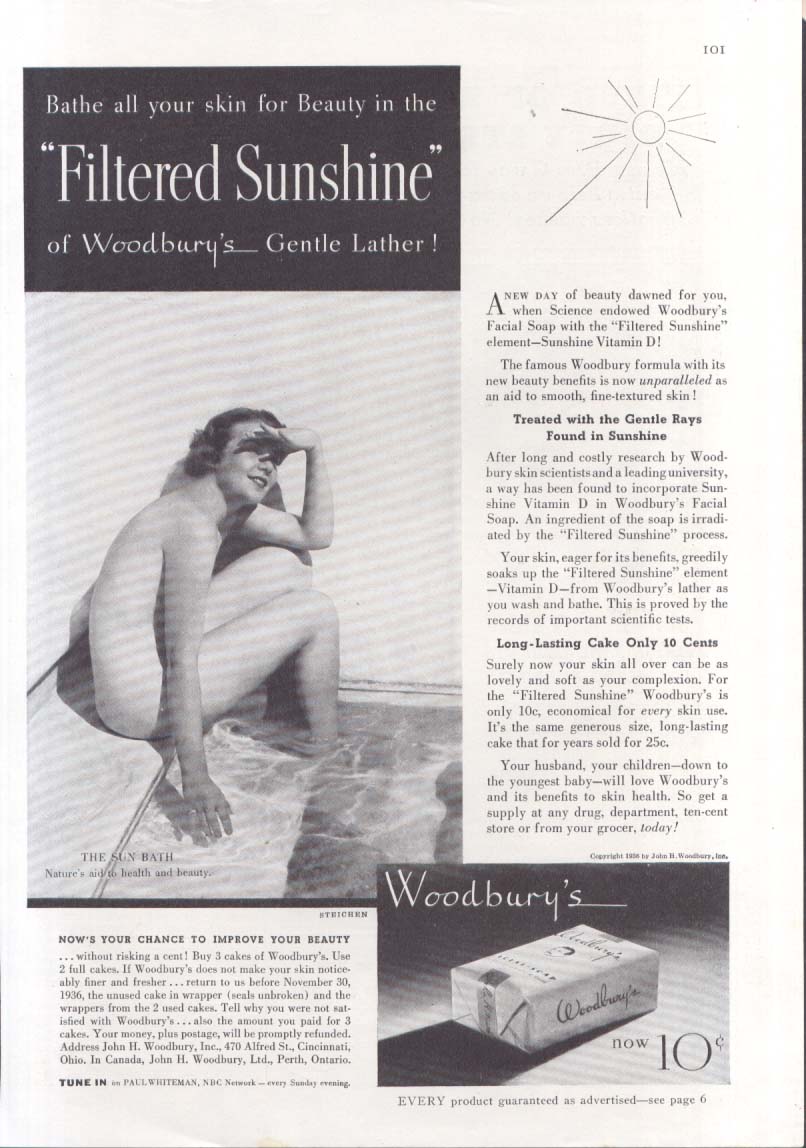 Concepted and designed by Helen herself, this is the first time that sex was used to sell a product in such a blatant overtone. Now, all Gaze arguments aside in regards to the early days of advertising, this particular Woodbury ad series featured completely naked women, and ran in countless Ladies Home Journals preaching of “filtered sunlight” and feeding on the aspirational aspect of actually owning skin that others not only want but yearn to touch. Sales of Woodbury absolutely skyrocketed. I would say more than skyrocket, Woodbury’s sales hit like an Earth-ending event for it’s competitors. It was mere luck (and money/size) at this point that the larger personal care businesses could hold a sliver within the market. 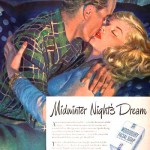 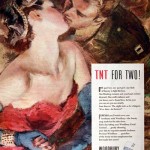 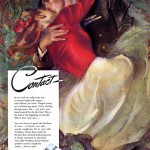 Ad after ad seemingly started to push the social boundaries of the time. What absolutely astounds me is the leaps. Typically, when dealing with product or marketing innovations, there are small jumps in order to prime the consumers. But Mrs. Lansdowne’s campaign shoved social concepts off a cliff. No longer were we washing babies, or respecting the quacks that invented said products. No. We were going right to what your pure naked self would want. Bottled sex enveloped in the warmth of sunlight. I would have given anything to be in this pitch meeting. Let’s be VERY crystal clear here. You have a room full of men. Real industry tycoon types, being pitched a concept to feature a women and how she wants to feel, by a woman. 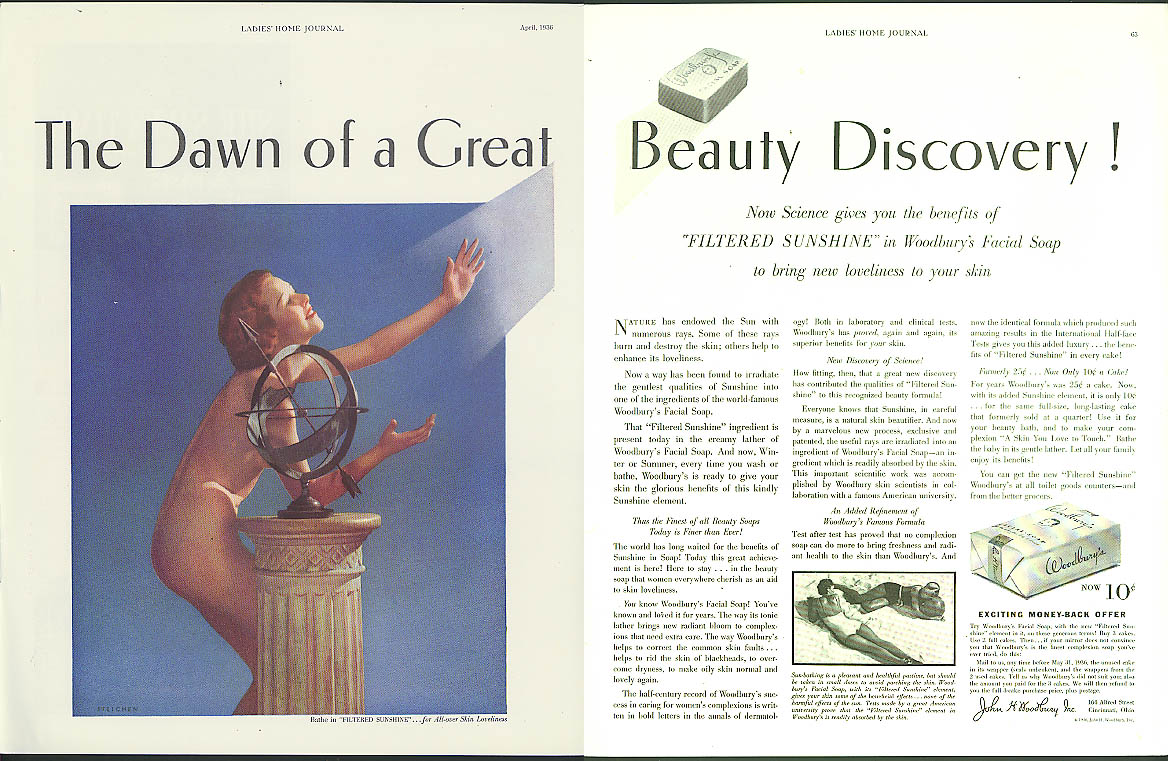 Yes, granted America was on the precipice of it’s first sexual awakening, but that was still a solid decade off and we aren’t exactly talking the ’60s here. It’s still fresh in World War I era. Helen became a massive spokeswoman during woman’s suffrage and various other feminist movements in regards to advancing women in the professional workplace. So much so, that I believe JWT was the first to have an entire department dedicated and populated by women strictly to market towards women. Makes sense. But, now you have to wonder, through all the good that Helen has done in this regard (and while I am sure this wasn’t her intention), it’s quite ironic that she was actually the first to objectify a woman in advertising. 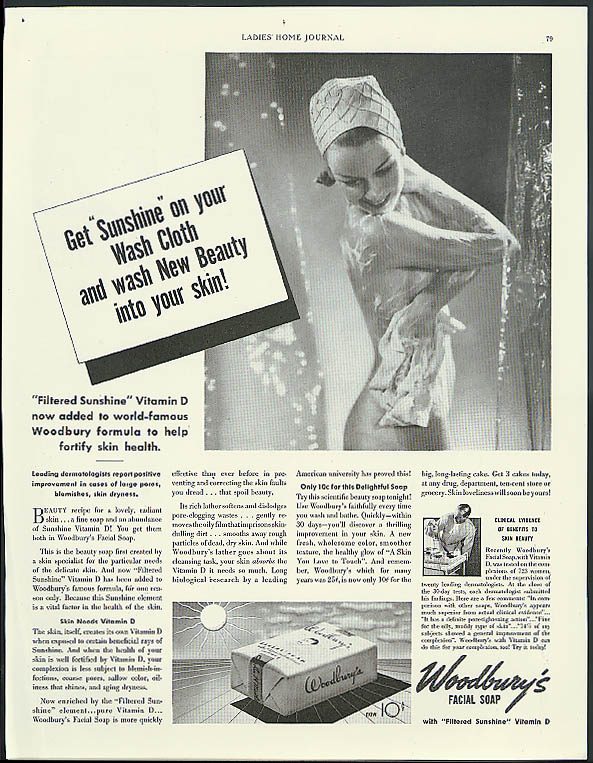 So Regina, keeps giving me knowledge. Knowledge on how to build a house with your bare hands, and philosophical knowledge in regards to the ad age (of all things). Her beauty, much like that of the first woman, lying coyly with her back to the camera, isn’t so much “look at what I was”, but more “look at what I can be with your help.” So thank you Regina, I will be your facial scrub, so that you can endure long after I am gone. 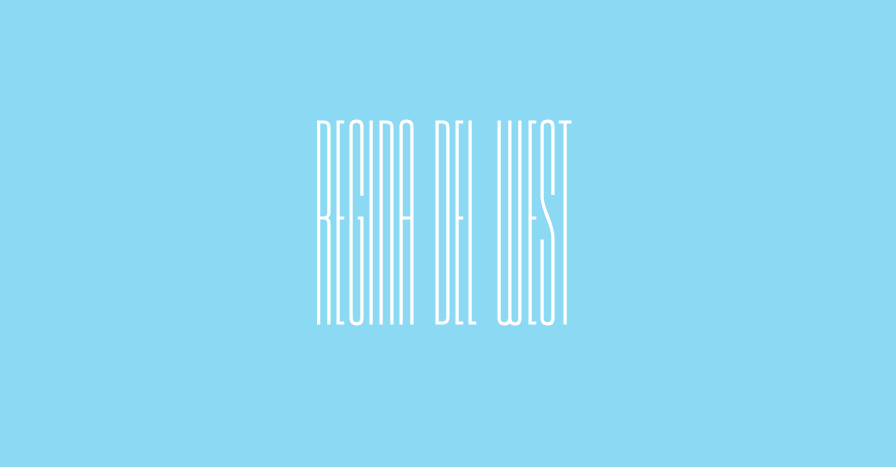