There are few days in your lifetime when you can get away with pretty much anything. Days without resolve, remorse or regret. Days to experiment. Days to be provocative. Days where you don’t need to follow up the next day with a bunch of “my bad” phones calls and texts. Days, to remember. For me, it’s my birthday. Not sure how or why it started, but each year I live vicariously through a historical figure. Living their final year as though it should have been lived had they known what was coming. It’s a dedication to them as much as a celebration of life for me. This year, I landed on Marie Antoinette. For no reason in particular. It had just occurred to me that I never thought of living vicariously through a woman before, and having played a mini stand in for mom recently, why not.

Those that know me are very familiar with my go-big-or-go-home mentality. It’s in my work ethic. My Superbowl parties. Hell, my thesis was literally making 6-foot crayons. So I was not going to settle for some meager pass off of Marie. No. She put herself out there. Was boisterous. Fashionable. Both revered and loathed. Basically a bunch of things I am not. Well, there may be some loathing. I spent so much time thinking and researching her as the woman personality, I never actually put much though into what the consequences of putting on a dress and walking around as A woman, even if for a few hours would feel..in Ohio of all places. 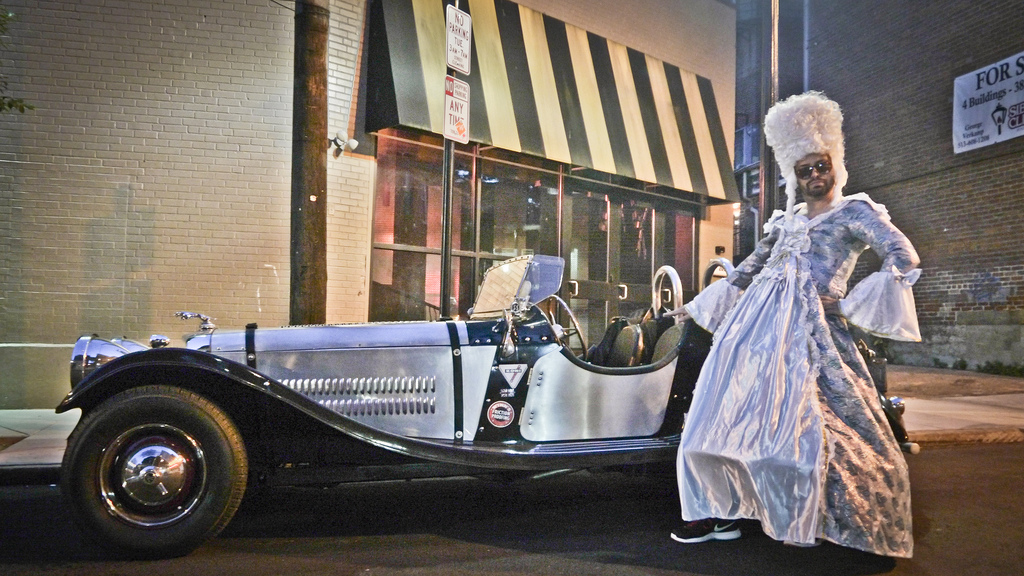 Now I, am perfectly content with my sexuality. This wasn’t meant to test that, or provoke. It was literally just a jovial, nonconsequential act of pure reverence. But, something shifted. The moment I pulled out the dress, my immediate thought was, “Shit, I need shoes.” My mind already trying to be, somewhat fashionable. What’s going on here?  Upon donning the dress, my first thought was, “Damn, this makes me look fat.” So I pulled at the front laces. Hard. I tried to force myself into something I thought, in my mind to be an object of beauty. Suddenly the words of Dustin Hoffman in his emotional breakdown about Tootsie started to ring in my eardrums. Nervousness, shot through my stomach and I began to feel sick, granted one could argue that was the dress’ excessive pressure on my waistline as the cause. But I kept searching for something, some accessory, some component that I could clutch or fan or something to rid myself of this sudden swarm of nervous energy. Then, I put on sunglasses. And I was fine. Like some sort of Cyclops moment, I was able to hide my eyes from the world. My fears, my anxieties. No one could see me, and Marie could come out and play.And play she did. The nights host of Neon’s served up just the kind of brilliant absurdity for this moment. Alex, my stunning crush of a bartender welcomed me with the perfect shot of Chartreuse, followed by some, creamsicle concoction (pinkies out). The Queen was now making her rounds. The people within Neon’s loved the company of the Queen. Pictures were taken. Hugs and kisses were handed out along with the two sheets of cake that accompanied me.* Editor’s note, it is imperative to have Kristen as your party planning sidekick. Girl gets it done. And what intrigued me the most, since Giacomo’s brain was just kicking back and taking it all in now, was the very same question, from everyone, and it’s the same question I got when I told people I had moved to Cincinnati on purpose. “Why?”Most, found great humor in it. Some accepted it whole heartedly. But there were a few. A nervous few whom I had made uncomfortable. You could see they didn’t quite know what I was. They couldn’t calculate a reasoning for this thing before them. And they definitely wanted no part of the cake. I became uncomfortable, and questioned for a brief moment, who I was, and what I was doing. It was brief, but it was still there. The Queen, would quickly take over, and jam those emotions down, hard and fast. Even the slightest thoughts on my own part of “how dare you judge me” had to just disappear. Disappear or it would envelop me. The Queen would have none of this. What little moments of uncomfortability I had in my own skin, soon washed away through loving embraces, laughter, and compliments. The official seal the deal moment came when a 6’6″ (with heels) tall of a woman with a deeper voice and a much, more fabulous physique in a dress than myself came up and said, “you are fabulous.” And that’s the thing isn’t it. It’s not just being accepted, but being complimented on how different you are. Visually showing the support system goes a long way. 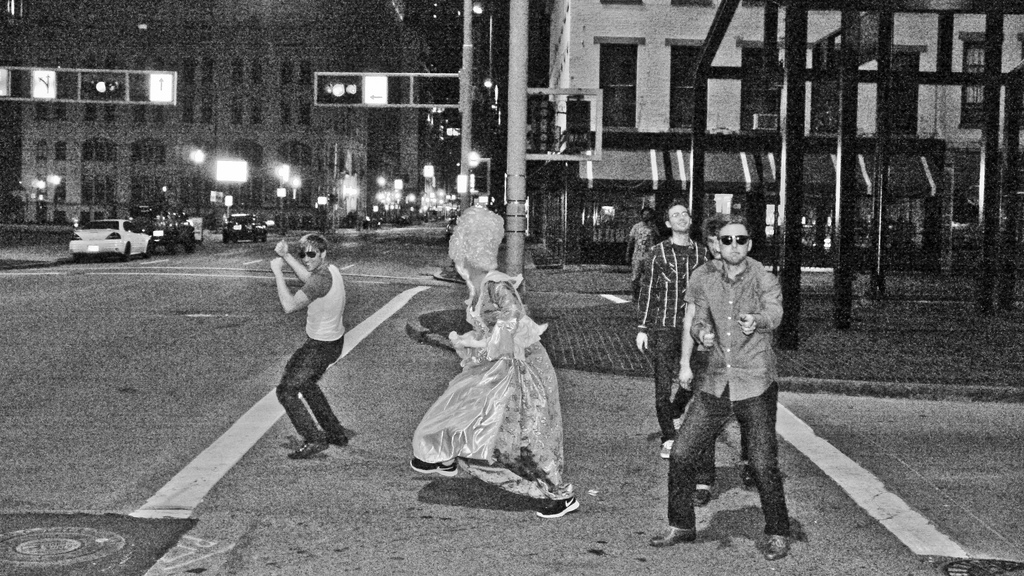 Now, onto the polarizing part of the evening. See this party was destined to leave Neon’s and travel about the streets. Streets that are not Philly or NY where the weird is the norm and actually, kinda hard to spot sometimes. These streets are in Ohio. Let the stereotypes fall where they may in that statement. With me I have a vast support system of friends and revelers, who were into this story. They were part of The Queen’s entourage and I have no doubt as times wears on that this is infact a story they will retell with such colorful detail, and pass on like a beautiful virus, inspiring others. A little well-wishing I know, after all I am just a dude in a dress, but that’s not the point of it all. The point is to implant notions and ideas of destroying expectations and letting (insert anything here) flourish. It’s a butterfly flapping it’s wings.

Hopefully, the winds of change can destroy notions of those in suits sipping their fancy drinks, at rooftop bars that shall remain nameless, that called me gay or fag. Even if I was, so what? What is this need to categorize someone? As a designer, every day I need to judge and critique work before it gets seen by others. And I do so with vast amounts of prior knowledge, and intensive research on the subject matter. I do not make snap judgements because I dislike the color green. I critique based on reason or logic. So this night, I literally put myself in those shoes. The shoes of a woman that wanted to be beautiful, but was actually born a man. I didn’t mean too, that wasn’t the intention, but it happened. And I experienced a very, very, very small amount of hate. I didn’t like it. And trust me, to be able to still recall this through the haze that was this evening, is a very powerful thing.

I suppose society would be ok if we didn’t make knee-jerk reactions to things like race, income level, or sexual orientation. But we all have eyes and unfortunately a growing number of people with eyes also have smart phones, and putting tags onto things is what we do now right? Hashtag this and hashtag that. Tag who is in the photo with you. Tag your location. Tag you’re it. We are trying to categorize and store our memories into silos to be easily searched and culled through. The problem is, not everything fits into a perfect box, and no matter how brilliantly observant you are, you will never understand until you experience it yourself. So, how can we get everyone to experience tolerance? The Queen has an idea.

Put on your finest dress, and start someone a story. Be sure to bring cake. 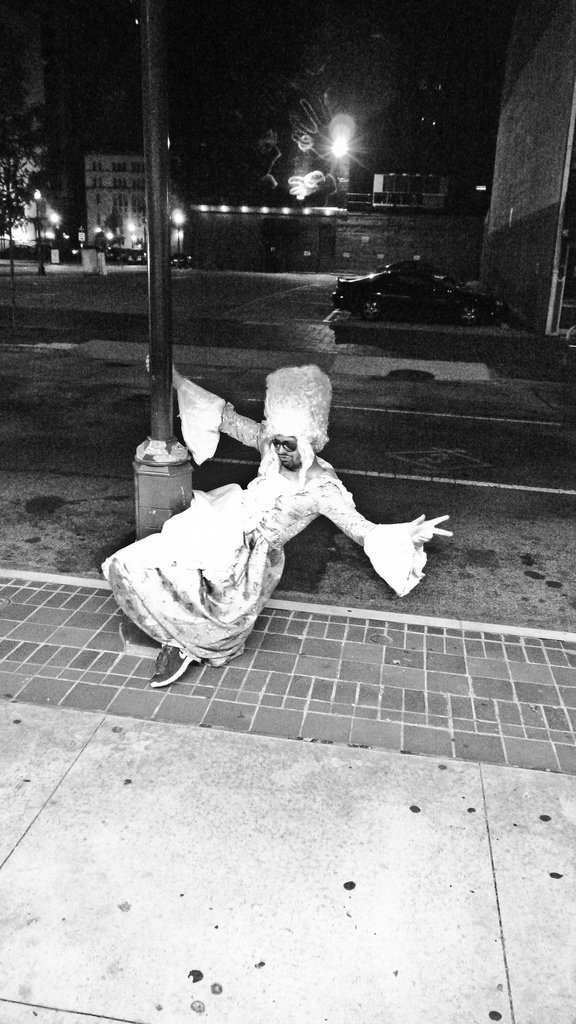 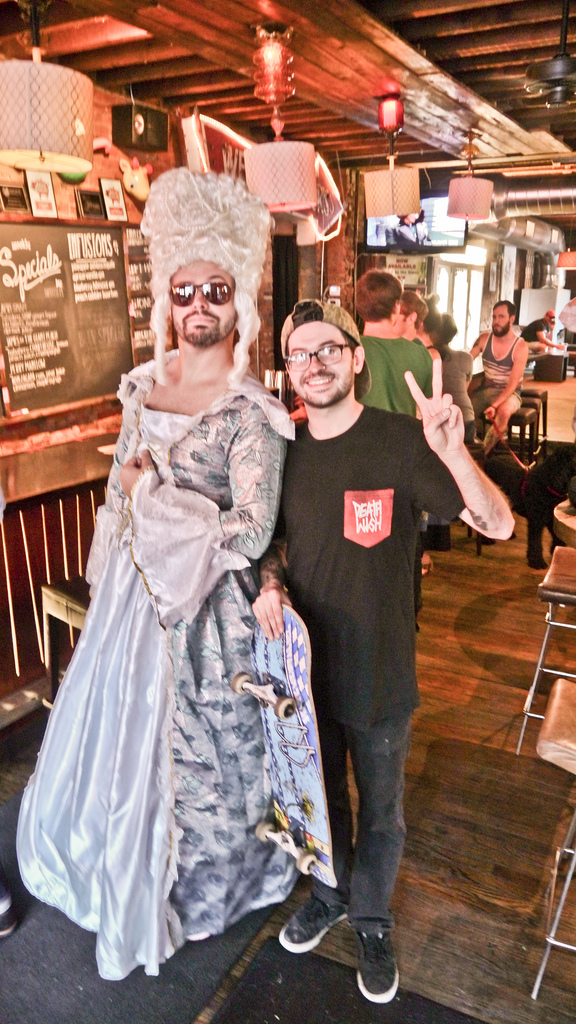 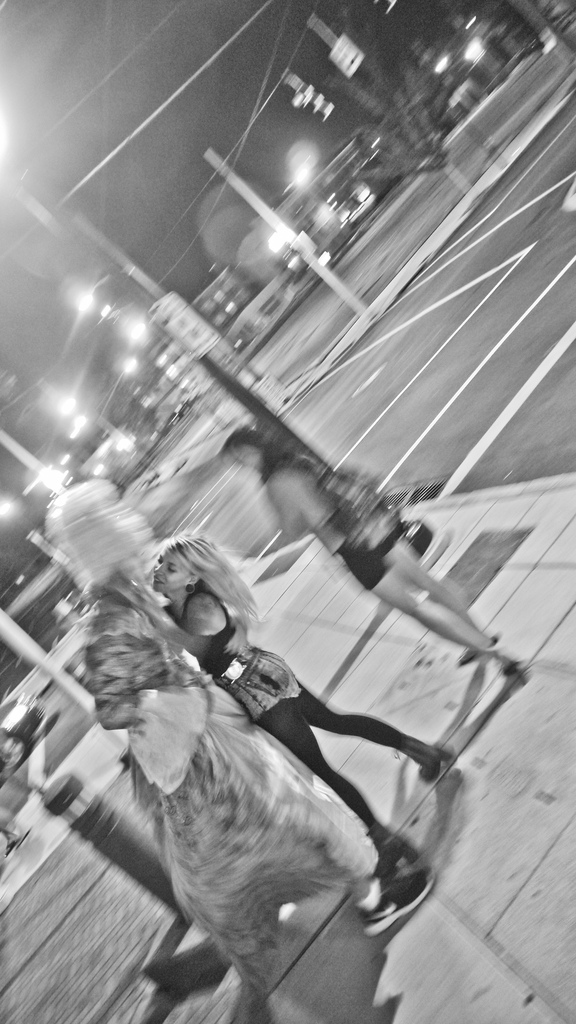 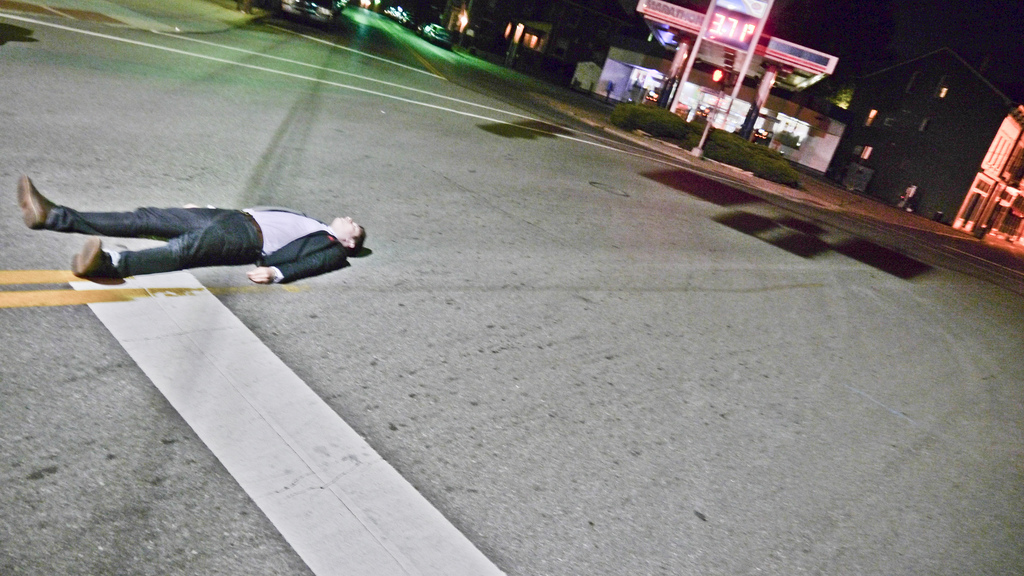