My current living/working relationship with this city has left me with somewhat tortured feedback in regards to the trials and tribulations of “Being Cincinnati.” Many a HPPY HOUR™ has been spent dissecting the short-comings of a city, seemingly, with all the necessary pieces to co-exist with the elites like Chicago, New York, Boston et al. I often joke about the reflections of sports teams out here in the midwest and their mirror-like persona to the current vibe the city embues. The Bengals as of late are prime examples, yes they are in the conversation of being on the verge of greatness, but there’s one or two pieces that seem to keep them from the game. And the city is all too quick to latch onto that one, or two pieces and throw it immediately under the bus (see Andy Dalton). What’s absolutely brilliant yet mesmerizing, however, is this city’s natural ability to forgive and forget. Never have I witnessed an entire populous so lacklusterly shrug off their pro sport meltdowns. Then again, I spent the better part of my life in Philly, where they practically tattoo their misery on their respective foreheads.

All that aside, what Cincy really lacks, and many would agree, is an identity. Something that screams Cincinnati. Not just screams it, but maybe even slaps it up, down left and right with the bravado of Italian whose espresso was just insulted by a Greek who just married said Italian’s sister and then ran off with his mom in aforementioned Italian’s Ferrari. But no, this city still has an incredible humbleness to it. It’s refreshing, but for brand architects, it’s frustrating as all hell. You should never settle for average.

Now this identity can present itself in many places and in many forms. One of the obvious places that I enjoy critiquing so much in this regard, is where people come and go all the time. Some, live here, most, have never been, so how a city presents itself in this space is what you might like to call, the grand ole first impression. We all know how important those are right? What to wear? What to say upon meeting? Do you shake or hug? The nervousness in your gut just before it all. The sweating. First impressions go a long way when entering into a relationship, business or personal. So there is no better place to start, than the Cincinnati Northern Kentucky International Airport.

So here we are. CVG. Cincy’s little mall where you can park your planes in Kentucky. If you can’t picture it, I’ll provide a few clutch photos that I have pulled together. Although, if you can’t picture it, I won’t be surprised as this easily has to fall under the most forgettable places on earth. Now, does that make it bad? No. It also doesn’t make it good. It quite literally falls under the “I will never think about this place ever again” category. Which is fine. You can go that route. But when you are the concierge to a struggling urban core, why should you settle?

Cincy. You settle for a lot. You really do. This shouldn’t be one of those things. Upon leaving the gates, and getting those travelers legs under you, your new visitor should be embraced with your culture. A culture is an identity. It’s an industry. It’s the battery. It’s your reason for waking up everyday, and putting on that (insert local brand here) tshirt. It’s that thing, for one reason or another you seemed to have burned (or never made) a long time ago.

Case in point. Here is the Reno-Tahoe airport, of whom I had the pleasure of landing in this past summer. Now, all Reno jokes aside (and trust me, the sheen wears off quickly), you can clearly see from the moment you step away from the gates to exit the building, ALL THAT THE REGION HAS TO OFFER. Outdoor excursion madness. Year round. From skiing, to Burning Man to bowling (bowling capital of the US) to betting to throwing salmon at bears. It’s warm, woodsy, and basically the picturesque postcard you immediately selfie yourself into and #WishYouWereHere. 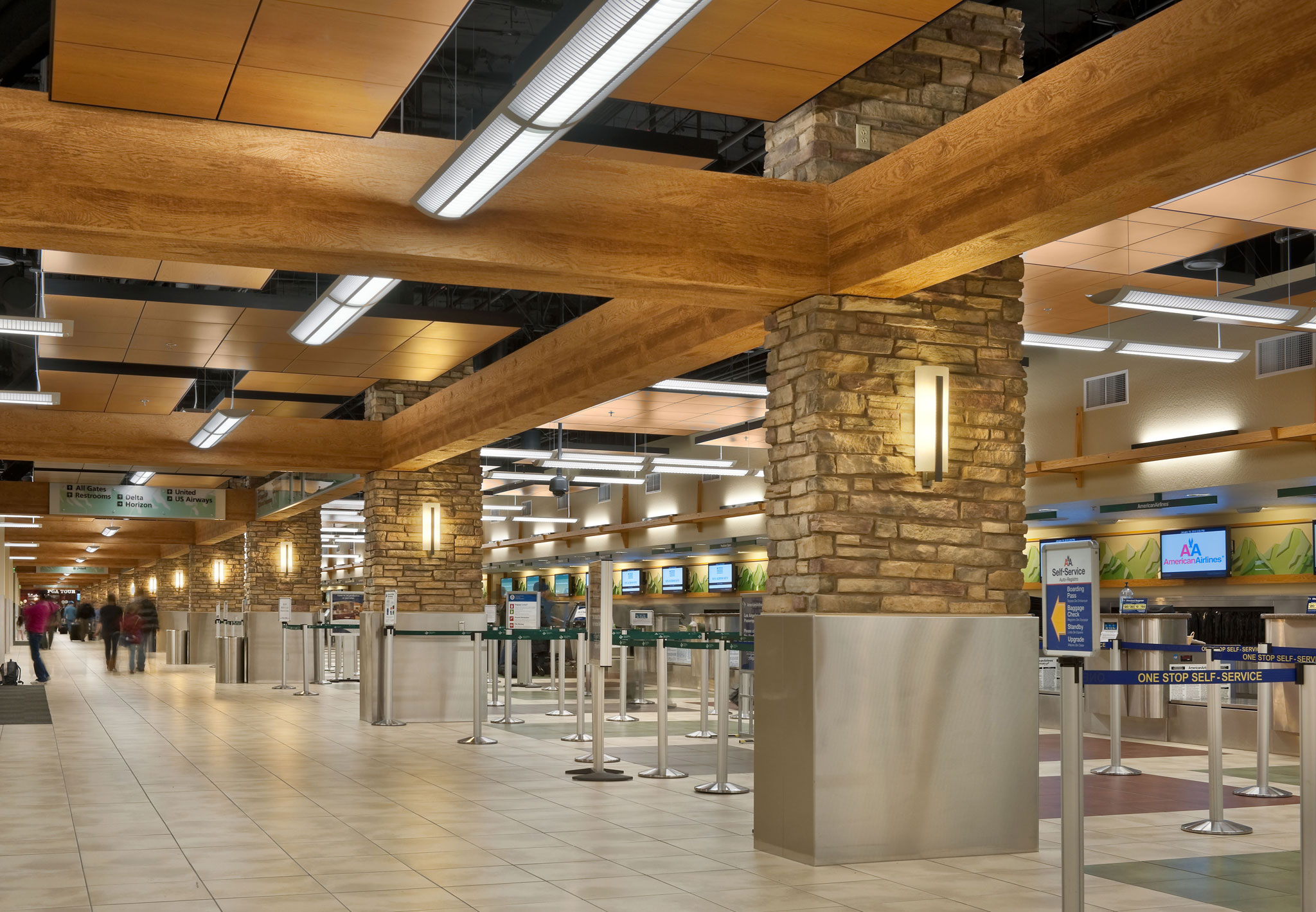 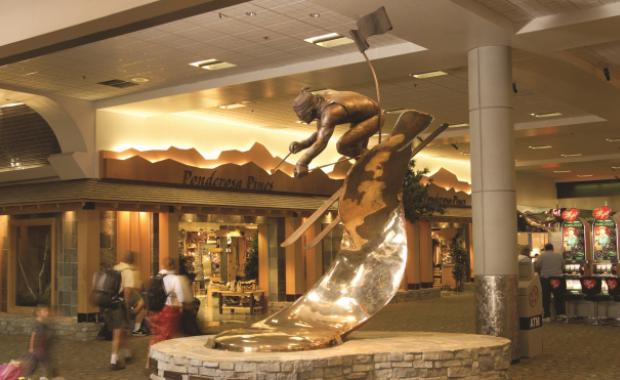 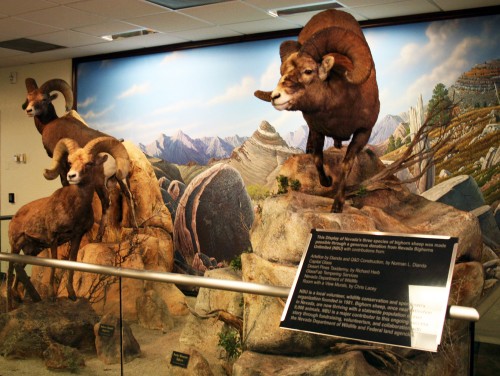 So, how does Cincy stack up? 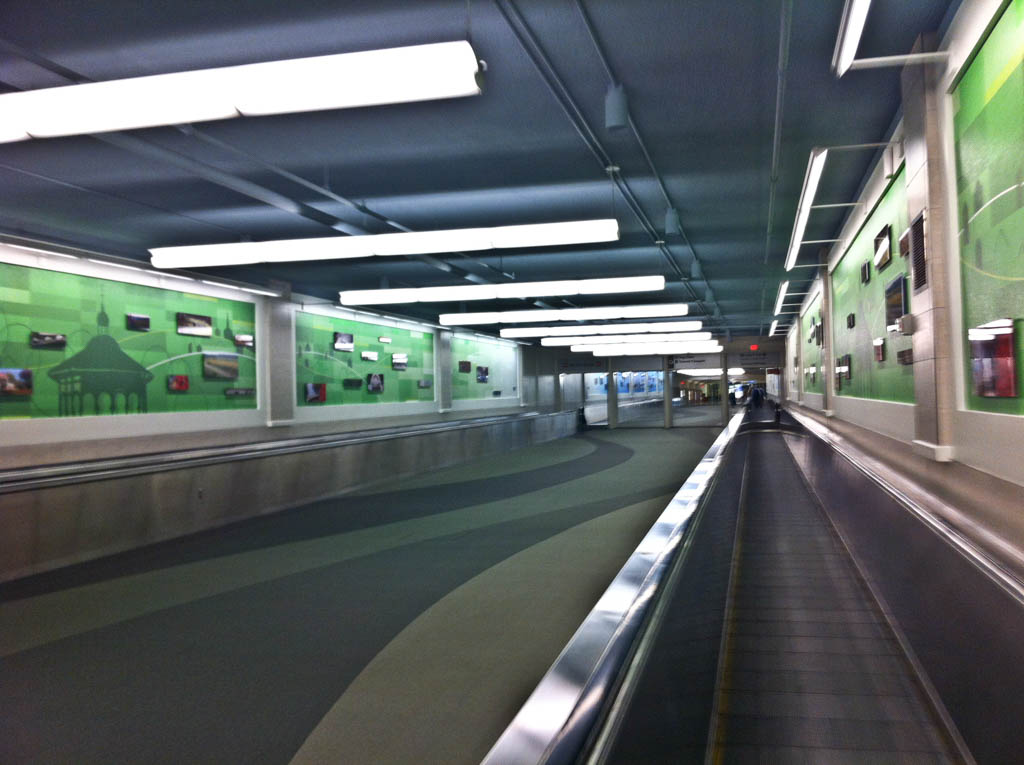 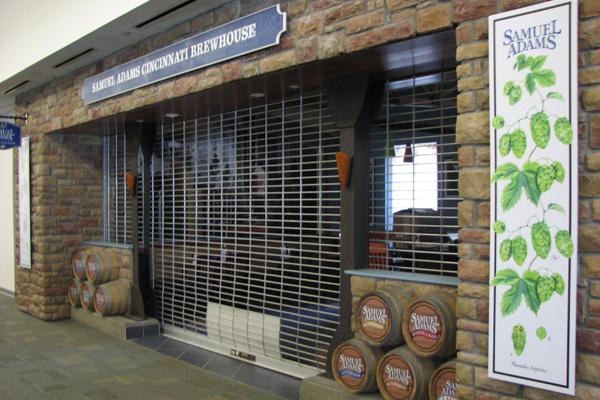 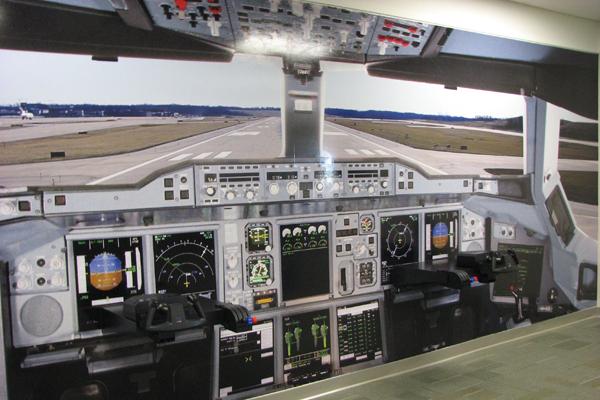 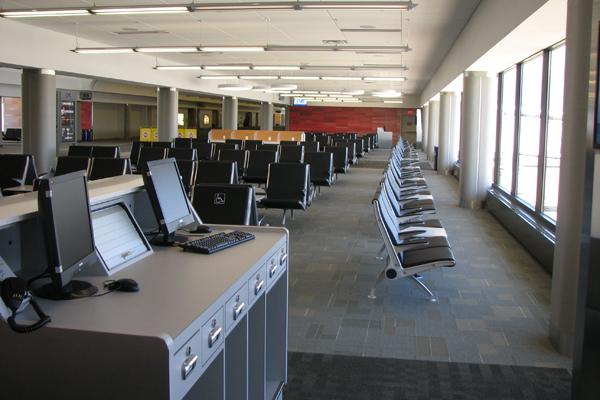 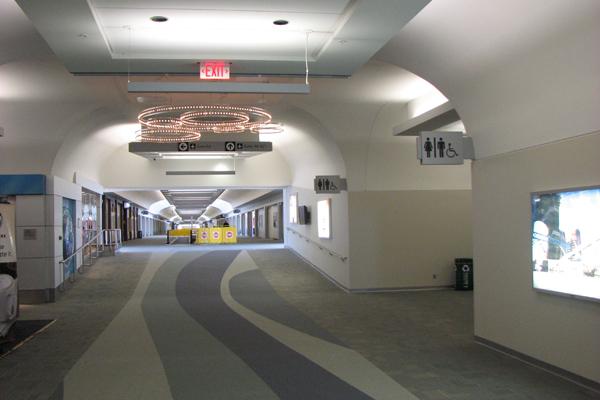 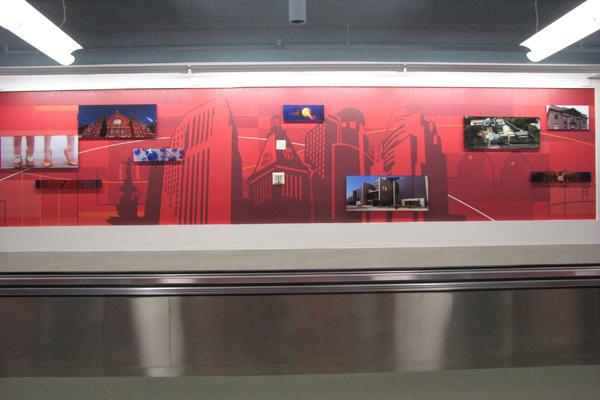 Now, what did you glean form those photos? Immediate perceptions are key in determining brand success, so, is this a place that you would want to stay? Revisit? Move your family to? I ask these questions because they are hurdles that even major companies face every day. While there does seem to be a trend of people moving more mid-west, it is not out of want or need but rather necessity (we’re cheaper cost of living y’all!) But a city should ask for more from it citizen’s, namely, pride and a yearning to defend and respect the place they call home.

Now, I see the absurdity of it all. Why absurd? Because I keep bragging to all of my colleagues back home that we are the design capital of the US (statistically we have more designers/problem solvers/strategists here per capita) than anywhere else, and yet this city plays itself off so neutrally. WHY!!!!?? I blame each and every one of you for accepting this. I blame myself for letting you accept that things can be accepted. Yes, I realize that there are larger issues at hand, but that just means that there should be a pocket of us that can help take care of the smaller ones, while the much smarter folks out there take care of the big ones. Or, talk a lot, not really accomplish much except name recognition, then run off to greener pastures.

Maybe it has to do with the lifeline that is Procter & Gamble. Cincy owes as much of it’s existence to that of the “average leading brand” overlord known to the rest of the world as P&G. Most of this city’s suburban residents are highly dependent on them for income. So much so that I fear a relationship tree in that regard. P&G in general has to lead a very neutral approach to almost all of their operations. Due to sheer size, legal repercussions of one miscalculation could very well tilt the economic outlook of not just an entire region, but a country. So my question is, with nearly everyone and their mother indebted to such ways, where such “neutralness” or sterilization becomes a way of life, has that lead to Cincinnati’s identity being one of no identity at all?

It seems the constant strive to be a “good quality product” for the average consumer lead to the meh of finding cultural success in other aspects of our lives. If only we were as passionate about wanting something truly unique as we are about which high school we all went to. For now, maybe we should just expect more for a space that thousands of what we would call “new users” experience everyday when they visit the Cincinnati region. That it shouldn’t be too much to ask demand for better ideas, better concepts and better executions by all involved.