We would like to extend our heartfelt congratulations on your latest #UpForWhatever commercial featuring an unsuspecting patron partaking in a large, live-action Pac Man game. As a group who encourages adults to “play”, we cannot tell you how many times we have dabbled in trying to achieve this exact concept. It’s brilliant on so many levels that our community believes in, movement and exercise, problem solving, space revitalization and most importantly, continuing to play as an adult.

Speaking as marketing and advertising professionals, we commend you on the production level. The bar you have set for this campaign in particular has seen no bounds as of yet from it’s initial inception of a The Hangover-like absurd evening to the rebranding of an entire town for the sake of letting loose. You clearly acknowledge who your user is and created a fun concept. Well done.

Now knock it off. 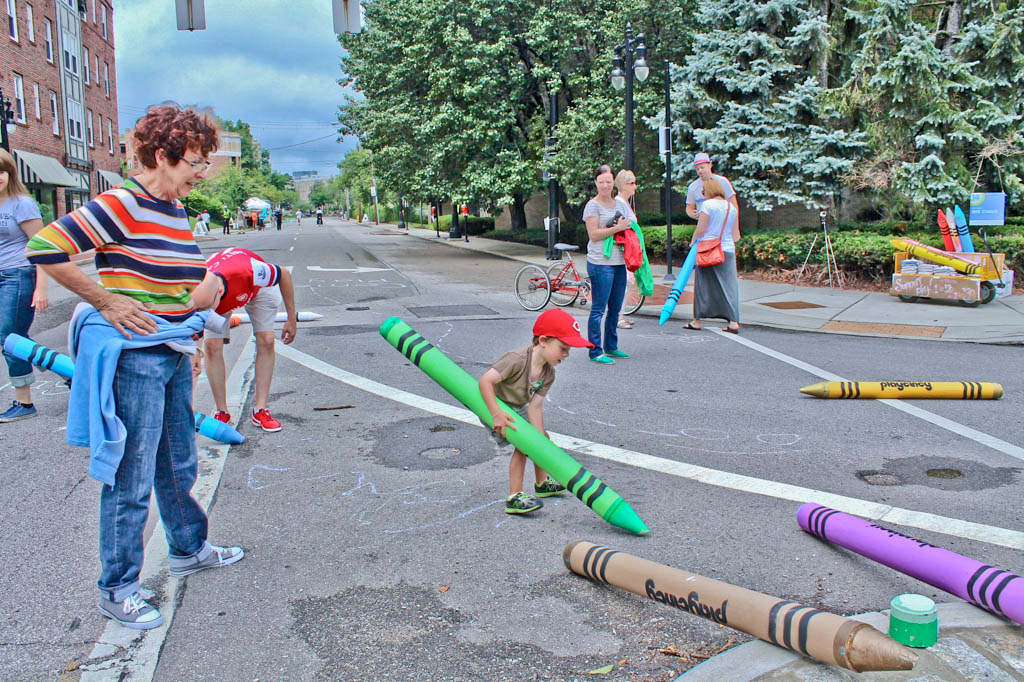 Place-making is very hard to achieve in some contexts. We know many that would wish to have an endless budget with which to work with, but this is never an excuse. Actually, it’s that very constraint that oft leads to a celebrated methodology in this regard. With our little #playGroupThatCould we take pride in the fact that most of our prototypes, events and what have you could be replicated on a modest budget. That you don’t need thousands of dollars to make someone smile, laugh, partake in using said tool.

You sensationalize place-making events to a point of damaging contextual backlash. For those of us seeking budgets and backers for very similar events to help re-energize urban neighborhoods that are badly in need of economic redevelopment, it’s instances very much like this one that feed into negative public sentiment while trying to pull off said events.

Basically, we love what you are doing, but your brand/product is not sending out the correct message for why it should be done. 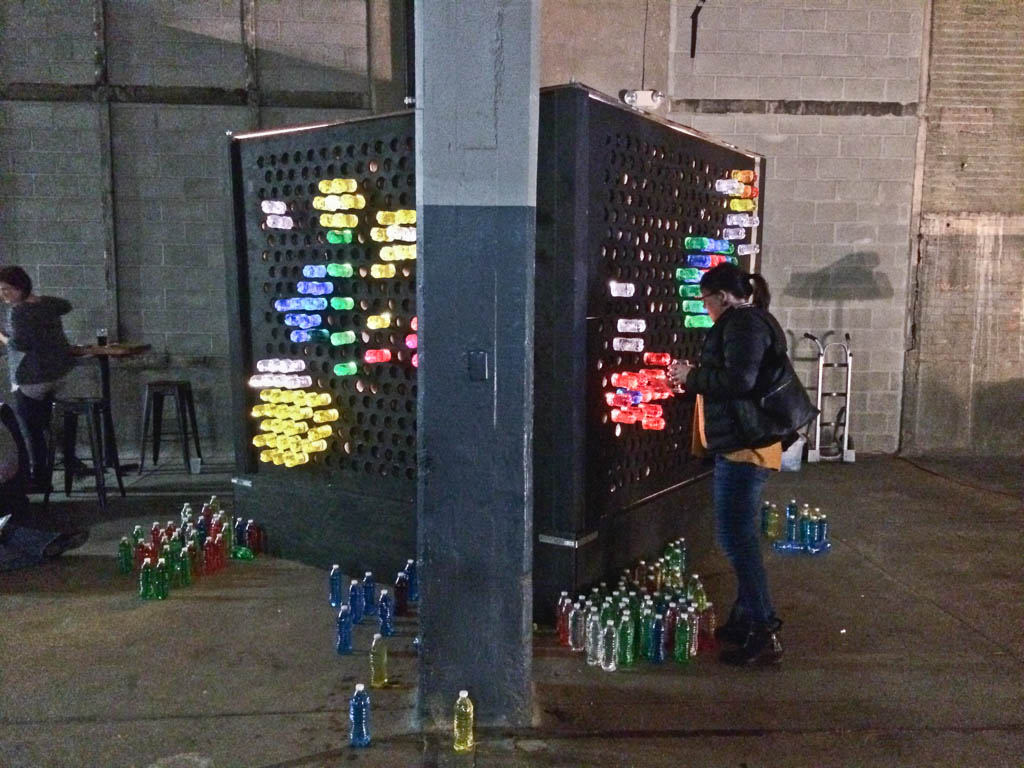 Case in point, Burning Man. BM makes no qualms about that fact that it does not allow brands of any kind into the protected city. The creation of camp sub-brands amidst the dichotomy of the BM monopoly not withstanding, this works as a driver for each attending to find their own inspiration, their own voice. By sharing that voice, that passion with others, you empower them to achieve the same. You pay it forward.

Placemaking, when done correctly, maximizes a neighborhoods potential. Holding up the mirror if you will, to create a sustained level of happiness and well-being.

See that last part there? Sustained. Look, AB, we can call you that right? AB you have done many insanely wonderful things in your Ad Age of being stunt men. We are sure the people of Crested Butte, Co., all 1,500 of them, will undoubtedly benefit from your “renting” of the town for a weekend. Lord knows how far a half million dollars will go in a town that size. Lord also knows what the infusion of basically doubling the town’s residence would do for the economy during the same weekend. But you don’t need to be the flamboyantly rich uncle. Your disregard for the dollar is disturbingly high, the likes of which we haven’t seen since Brewster’s Millions. And that was fiction. 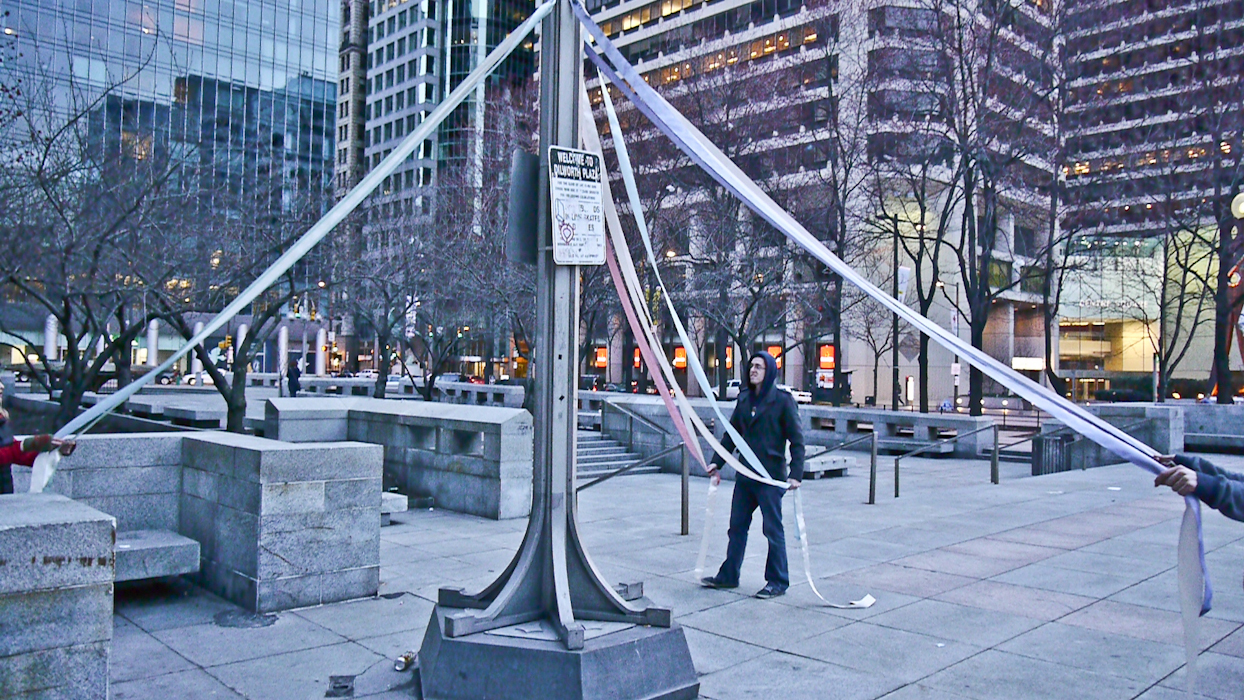 But we love your gusto. Go big. This is our mantra day in and day out when planning events, except to us, “big” is a physical one not a production level one. Okay, okay, maybe this letter comes out of envy for your little Pac-Man machine. Or maybe it’s that whatever drunkenly infused conversation your ad team has can be fully funded and built at the drop of a Bud Light trucker’s hat. Whatever it is, would you mind dialing it back a little bit for the rest of us? Or maybe just leave the door to your warehouse of “gently used in beer commercial” items open? Because we really want to bring awareness to some of our issues locally, and we would like to be taken seriously in the meantime.

Sincerely,
PlayCincy™
Advocates for a United State of Play