Caught at the intersection of fashion and automotive.

Couture for the highway versus the runway. Today, Davin Wheels are considered the ultimate personal statement for your luxury automobile. But in 2001, the company came to 160over90 with little more than a business plan and an innovation: the spinning rim. In a market dominated by bikini babes draped around exhaust manifolds, we took the high road, elevating Davin to the category equivalent of Bentley, Cartier, or Vuitton. Media hits and sales skyrocketed, garnering write-ups in Maxim, Time, and GQ while becoming the de rigeur accessory for celebrities like Nelly, Martin Lawrence, and Shaquille O’Neal. Like any of the top fashion houses, Davin introduces an entirely new line once a year, prompting an annual brand overhaul. In 2006 Davin released the Total Customization System, giving clients the ability to match their wheels to anything from their jewelry to their eye color. To capture Davin as the ultimate accessory for you and your vehicle, the agency hired renowned French fashion photographer Bruno Bisang to help launch Davin Quarterly, a magalog publication targeted to Davin enthusiasts worldwide. Davin’s customization option launched with immediate success, and the resulting campaign helped sell out their limited edition Signature Series mere weeks after its debut.

Here we have a rare glimpse at the concept work. 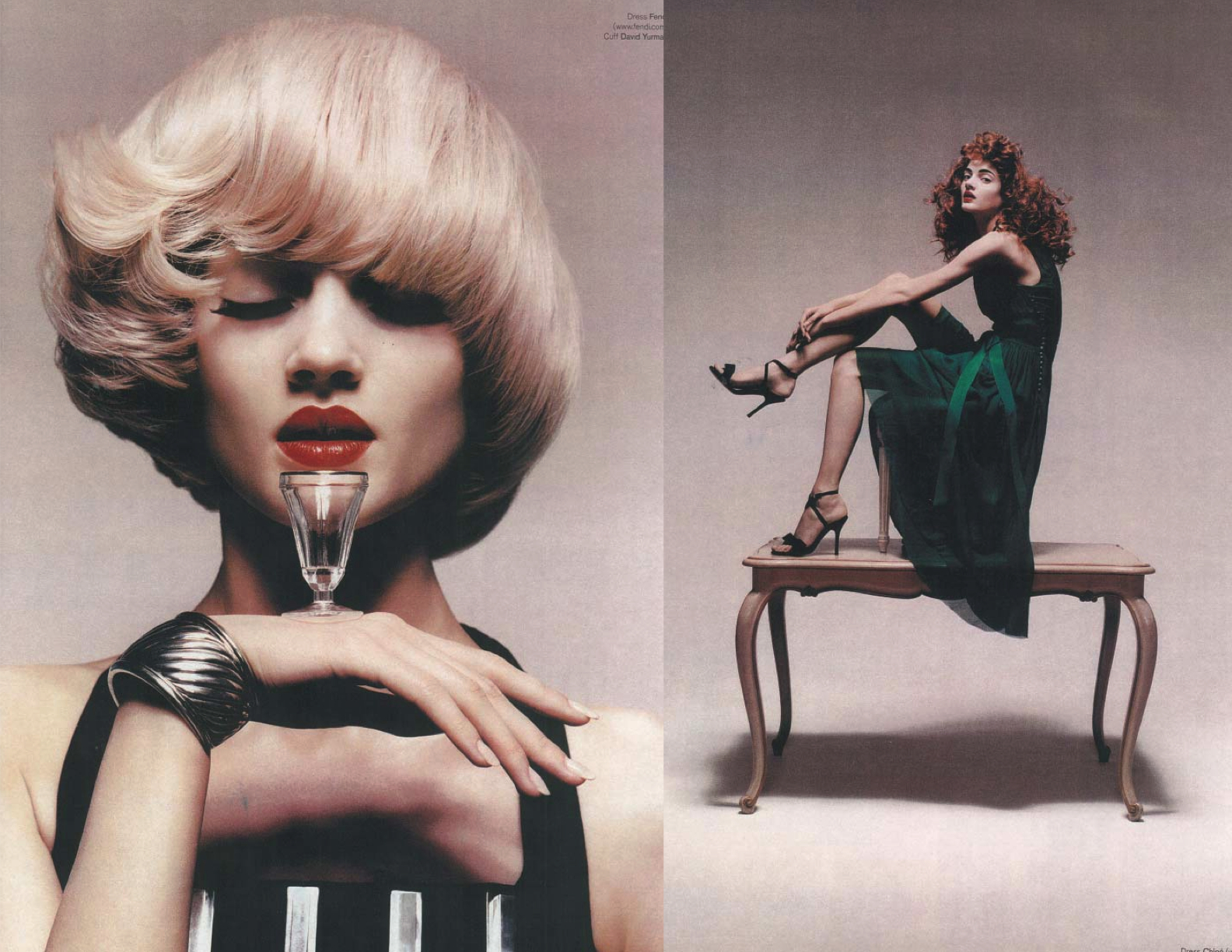 Followed by the finished imagery and a little PA humor. 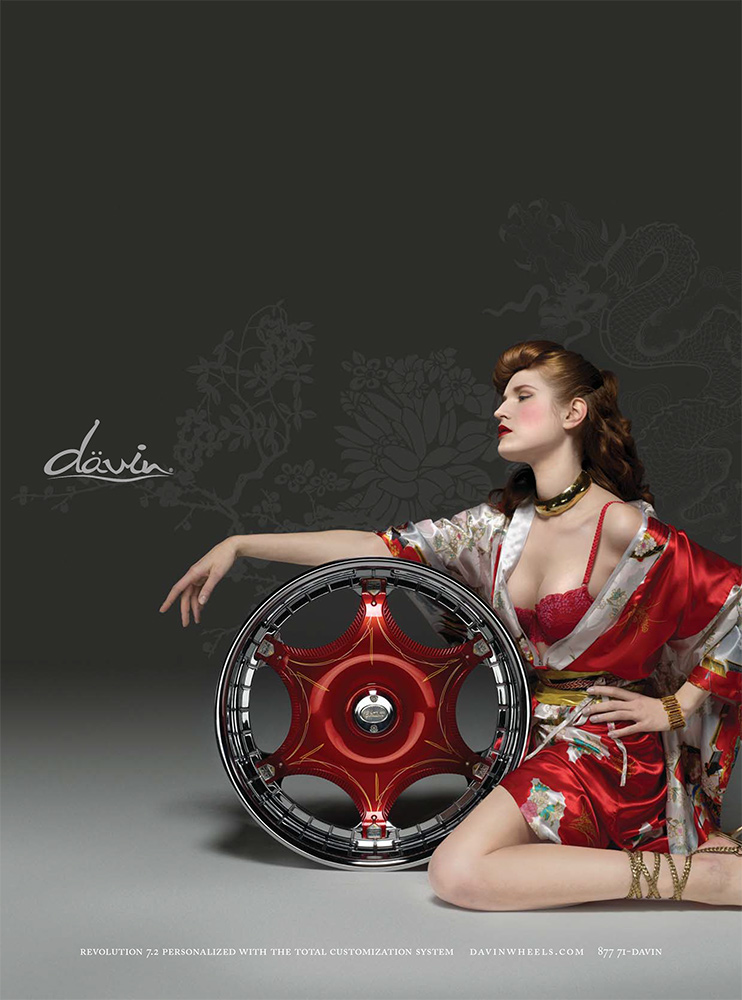