Who better to tell kids what to eat, than people who tell them how to act daily?

Aramark, a very large corporation responsible for putting food into pretty much every commercial venue around the globe, actually had an interesting dilemma. Battling the stigma of cafeteria food. Granted they probably put themselves there after years of neglecting the fact that processed food is downright terrible, but they honestly wanted to change it for the better. Through a series of pilot programs in select schools across the US, they began to develop more diverse menus. What was once a choice between cardboard pizzas, the green stuff or the yellow stuff, was now an eclectic mix of “global” dishes from Mexican to Italian to Chinese plates.

Everything down to the decor was changed. No longer were students sitting in depressing prison-like interiors, but rather some fairly comfortable digs. The problem was, no matter how much paint you put on the concrete, the stigma of cafeteria food was still around. And now, vending machines from any old company began to invade the space. Kids wanted immediacy, to soda machines and candy bars became the “fast” food that would sustain their days until getting home. Our solution? Get a bunch of celebrities to dress up like traditional lunch ladies and randomly show up on these school cafeterias to promote healthy eating.

We kicked it all off with the likes of Aaron Carter, Gabrielle Union and Michelle Rodriguez. Aaron was amazingly well trained for media. Gabrielle is one of the most intelligent people I have ever met, and Michelle, well, she’s quite the personality. All of them had this shine through in their parts of the campaign. And I get to tell people I convinced Aaron Carter to put on a dress. Perks. 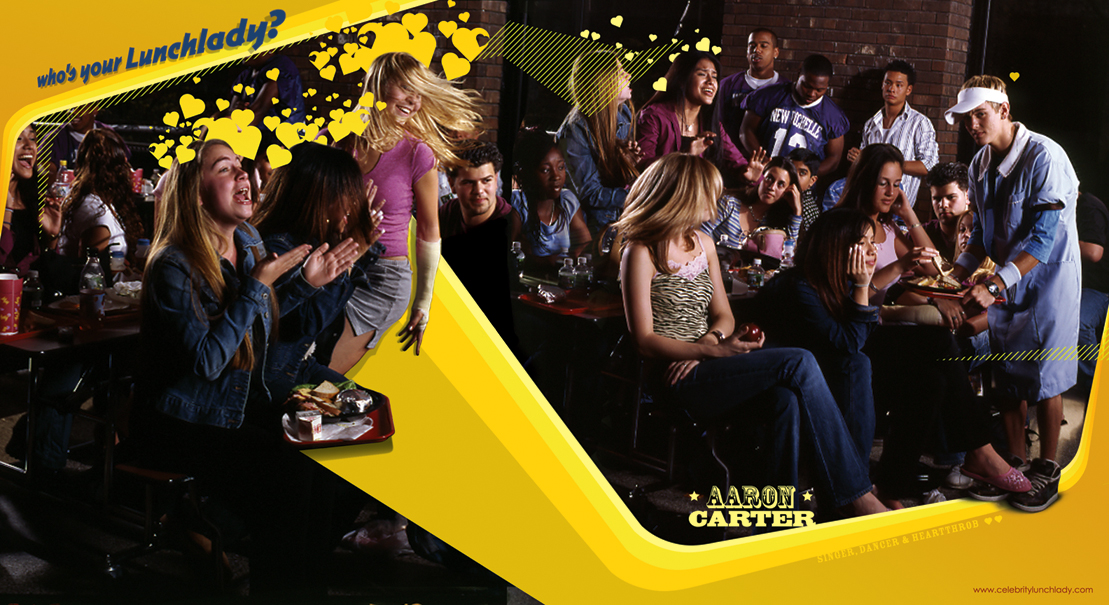